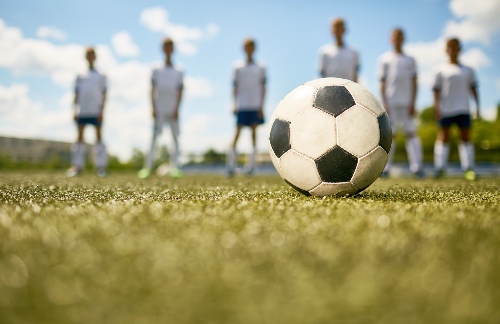 In episode 10 of Orreco’s ‘Optimized’ Podcast, we were joined by world renowned physical performance coach and the ‘secret weapon’ of the US women’s soccer back-to-back World Cup wins in 2015 and 2019, Dawn Scott. Dawn has recently been appointed as Performance Director at Inter Miami CF, overseeing the Performance Department for the first team, Fort Lauderdale CF and the Inter Miami CF Academy.

Dawn speaks about how she achieved buy-in when asking players to track their menstrual cycles, the challenges around educating the players and staff around this topic and where she wants sports science and practitioners working with female athletes to improve in the future.

Dawn explains on the podcast when she began to notice that US Soccer players were reporting certain symptoms at similar times in their cycle and why menstrual cycle tracking became an essential tool in her support of her players.

“Going into the 2019 World Cup tournament, with some players I started to notice there was a correlation between the few days before they were about to start their next cycle and variations in (reporting of) sleep quality or (reporting) lack of sleep. Players were fatigued and another player had increased muscle soreness and an injury she’d had over the last couple of years seemed to flare up in those few days,” reported Dawn.

“We were looking at case studies and looking at a pattern and seeing it was happening the same time every cycle in those few days before (phase 1). This was seven months out from the WorldCup tournament so I reached out to Dr Georgie (Bruinvels) to ask how we could support the team, what would the process be and talked through what that could look like.

“The next thing from my perspective was to get head coach Jill Ellis on board and I told her it was about educating the players about the entire cycle, the hormones and symptoms and how we could reduce those.”

Dawn explains how educating about the menstrual cycle had an important role to play in player buy-in when it came to encouraging players to appreciate their own physiology and menstrual cycles and the effects this could have on performance.

“We would go out to the NWSL clubs in pre-season and do fitness testing and always deliver an education session on a topic whether that was nutrition or recovery and we decided to do one on the menstrual cycle and female health and I worked with Georgie to finalise the content of that presentation.

“When we went to some clubs, some of the coaches left immediately and some of the male staff left the room but we thought it was important for anyone working with the players to be involved. We told players how it’s all very individual and it was more about what are your symptoms, if its disturbed sleep and you know it’s happening before the onset of your next period then what can we do, how can we improve your sleep hygiene, let’s make sure everything is right nutritionally and everything you’re doing in the lead up to bedtime is going to be conducive to a better night’s sleep and that was the same for every element whether that’s fatigue, back soreness, feeling inflamed, menstrual cramps, etc. and that’s been the process from there onwards, but it’s been the educational piece first and foremost. Some were sceptical about it and then they would try and they would see improvement.

“The menstrual cycle should be an area (to focus on) as much as a warm-up or a strength session. Asking which phase are you in, what should you be doing from a strategy perspective to minimise any impact of symptoms on your performance or recovery. It’s not about changing your training or not being available for a match.

“The process was: This is what might be the symptoms, and this is how we can reduce them. We’re not talking about this player isn’t available for match because they’ve started their period, it’s absolutely not about that.”

Dawn was asked on the podcast where she would like to see sports science support of female athletes go in the future.

“The other side is at times, some of the support I’ve seen around females is to under train the players, so as practitioners we have to not be afraid to train female players hard because they have the physiology and capability to train hard and train high. Players have high physical capability levels so I think as much as we need to train and focus on women as women, also don’t under train women.

“We look at the physical match demands and the women’s game is getting faster. I did the 2019 World Cup analysis and there was almost a 30-40% increase for some of the positions in some of the high-speed outputs from the 2015 tournament to 2019.

“The speed of players is getting faster, so we need to make sure players are conditioned appropriately and we continue to push the physical and fitness level of players as well as provide support around female health, whether that’s recovery, sleep, nutrition, hydration, movement preparation- those five elements are important for any football player whether your male, female, youth or senior, they’re just good elite athlete behaviours.”

Orreco’s role also involved communicating on a daily basis when players were in camp or during tournaments to monitor menstrual cycle symptoms and phases and highlight any abnormal changes players may have experienced in their physiology and to ensure best practice in regards to players’ menstrual health, nutrition and overall wellness, including prescribing best practice for sleep and travel.