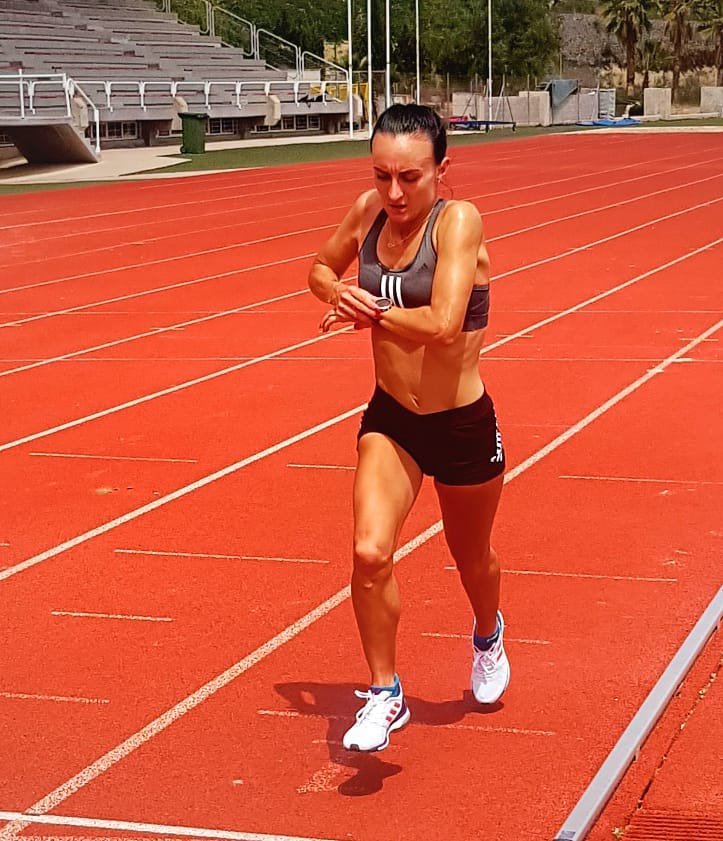 'Nerves are good, nerves means it's important to you'

Lily Partridge has represented Great Britain on many occasions and was crowned British Marathon Champion in 2018. At only 28years of age, Lily has an impressive running CV and is determined to add the 2020 Tokyo Olympics to her list of achievements.

We recently asked Lily about her running journey and what makes her tick ahead of her next marathon – London 2019.

How did you get to be an elite long-distance runner?

I first got involved in sport at school, but both my parents were distance runners so I was involved from a very early age. Since then, I’ve just kept chipping away and improving every year. I’ve allowed my body and training to develop together so I now feel in a really good place physically and mentally to explore just how good I can be.

What does a typical day look like for you?

I set my alarm for 7.30 or 8am and have a cup of tea and some toast or cereal depending on what training I have that morning. I typically do the bulk of the day’s training in the morning – either a run or a gym session, then I’ll come back and have quite a substantial meal, something like eggs with ham, cheese, vegetables and potatoes (or homemade chips!) and a yoghurt. In the afternoon, I’ll do some admin, go to physio/have a massage or just go and see the dogs (basically, whatever I need to do that day) before a second run/cross training and/or gym session. I’ll then come home and have dinner. I would typically cook something like chicken/fish/red meat, rice/potatoes and vegetables – I’ve recently started using an app that means I get to explore different meals that I wouldn’t normally think of, so I enjoy using this and recreating the recipes. I don’t actually own a TV but I have my laptop, so I’ll usually put on a documentary or watch Netflix. Bedtime is around 10pm so I can get in enough sleep to recover for the next day.

Do you have any routines that you do before a race?

I am quite chilled and laid back. I just like to do what feels right and is going to keep me happy before a race. I’m very good at switching off and zoning-out but I can also zone-in when I need to. I also like to know the timetable and where I need to be at what time and what the call room procedure is ahead of time, so sometimes I’m more stressed at a small event if that’s not in place. The big events are all very well organised.

The marathon definitely! It’s the whole event; the build-up, the occasion of it. I love all that! Everyone is so invested, and people just get it. Also, there’s so much respect within the marathon with the distance, the spectators, the organisation and the mass runners…for me, nothing matches it.

How do you deal with pre-race nerves?

Nerves are good, nerves mean it’s important to you… so I don’t mind them but I make sure to try and keep everything around me positive and calm so I can focus on what I’ve done in training and just stay relaxed. You can’t change anything now, so you have to go with what you’ve got and you can only do what you can on the day.‍

Who do you admire?

I admire anyone who works hard… I admire my competitors as they drive me to be better butI also admire women who run/perform when it’s not their career and they aren’t going to win, but they do it for themselves for their own personal reasons.

What advice would you give your younger self or younger athletes?

Back off. Give yourself a break. You can have fun, you’re not being judged on running, and your rent is not dependant on your performances. Look after your body because you want it to serve you well later (even though ‘later’ doesn’t exist in your mind) where the rewards are much much greater than anything you will achieve as a junior. Enjoy your running and have a plan in place for life both in and out of the sport.

I love cooking but I also love eating out. My favourite would be Thai or Japanese food, but I also have an incredibly sweet tooth and could demolish most of the Cadbury factory by myself given half a chance. I always ask friends to bring me something from Cadbury’s if they come out on training camp, as it’s hard to get abroad – dairy milk or crème eggs are ideal if you want to be my friend! I have an Easter egg waiting for me in my hotel room for after the race in London.‍

How has FitrWoman helped you?

FitrWoman has helped me understand my menstrual cycle in relation to my performance and given me access to insights that just aren’t out there anywhere else for fit and active women. It’s empowering and means that those around me (male and female) can understand what’s going on so that any symptoms/effects on performance are not seen as an excuse. FitrWoman has helped me work with my cycle to optimise my performance rather than let it be a negative.

To find out more about Lily follow her on: