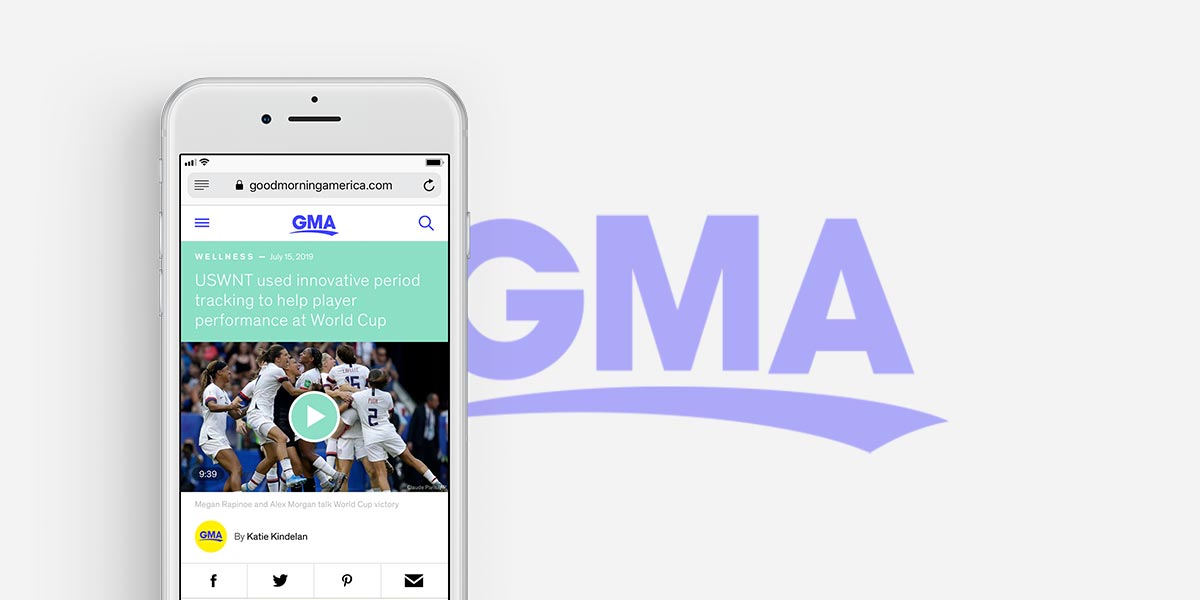 On 7 July, the US women’s national soccer team won the 2019 FIFA Women’s world cup, making them the first team to successfully defend their title. They had pretty much dominated the tournament and looked the strongest and most skilled team on the pitch. Behind the scenes, they were also making history by being one of the first national soccer teams to factor the menstrual cycle into their players’ daily needs. We are very proud to work with them and it is a privilege to watch their phenomenal success.

Our work with the USWNT came about through meetings with Dawn Scott, the team’s high performance coach, who, after years of working in women’s sport, sought consultancy expertise from Orreco. Together, we got the players to track their menstrual cycles along with any associated symptoms. From there, we were able to build a profile for each player and individualise their sleep, hydration, nutrition and recovery strategies around their cycles. “I feel like it’s one of many strategies that we deployed that helped us win”, Scott told Good Morning America, “I feel like [the US is] leading the way on this.” During the competition, the team had posters throughout their lodging reminding them of the different menstrual cycle phases and the different strategies they could follow.

Since the World Cup, Dawn Scott has been particularly open in discussing the role menstrual cycle tracking played in their preparations to help break the taboo that still exists around periods. The story was picked up by multiple media outlets across the globe including The Guardian, The Telegraph, Good Morning America, ABC News, The Irish Times, Grazia, Insider and many more.

“For the 15-year-old girl who doesn’t have the support of a national team, I want to make it so she can talk about it with a female coach and a male coach", Scott said to Good Morning America “We need to make people aware of it and not embarrassed by it.” This is something we fully endorse. “What I’ve found”, says Dr Georgie Bruinvels, our lead FitrWoman research scientist, “is that women want to be informed and know their own bodies. There’s no evidence that someone can’t perform to their best at any time in their cycle – if they are proactive about taking steps.”

One of the many success stories from the tournament was that of midfielder Rose Lavelle who scored the team’s second goal in their 2-0 victory. The Telegraph reported that Rose was pre-menstrual on the day of the final (a time which many women find particularly difficult). But she still performed, when it mattered most. It is great to see world-class sportswomen and coaches talk about female physiology in such an open and empowering fashion and start to move it mainstream.

There is still a lot more research to be done on the female athlete, but we hope the spotlight the USWNT's World Cup success has put on period tracking helps women appreciate the importance of the menstrual cycle within the performance setting and recognise that menstruation is more about hormonal changes in their bodies than it is about bleeding. We need to work with our hormones, not fight against them.

Ultimately, our goal is to bring discussions about menstruation to the forefront of sports performance. We don't want it to be headlines. We want it to be a normal everyday discussion.

Download FitrWoman for free on App Store and Google Play

Get a free 7-day trial of our FitrCoach coaching platform.